Photo by Ben White on Unsplash

The easiest and quickest way to make WordPress more secure and prevent 90% of hack attempts is child's play!

​This post originally appeared on our old blog at wpstrands.com. Please note that some links may be outdated and may not work.​

Do you remember something called the "Panama Papers" from a few years back?  It was the biggest leak of confidential data in history, as far as we know. It involved the financial and personal data from over 214,000 offshore accounts.

An outdated WordPress plugin was part of what made that leak possible.

And do you recall in February 2017, when hackers defaced 1.5 million web pages? A WordPress flaw allowing malicious users to change WordPress page contents was responsible. The attacks happened despite the fact that a fix for the problem was already published.

Or maybe you remember when celebrity chef, Jamie Oliver's, blog was hacked? Some of his 10 million monthly visitors were infected with malware.  An outdated WordPress plugin is also presumed to have been the cause (though not yet confirmed.)

Such stories of internet attacks are making it onto mainstream media more often. This is a trend that will continue.

It's inevitable that some of these stories involve the most popular software of the day.  For example, it's common to hear of malware and viruses on the Windows operating system. This because it's hugely popular and most people are familiar with it.

The same holds true for websites.  WordPress runs about 30% of websites on the internet these days, so it's only natural that it's involved in many of these attacks.

The vast majority of website hacks such as those mentioned above involve WordPress. Do you know the other major thing they have in common?

The websites are usually running software that's out of date.

Read on for the one simple - and hopefully now obvious - tip that could have prevented all of these attacks.  This tip is guaranteed to make WordPress more secure.

For all you know, it could even prevent the next attack on your own website.

If you're short on time, then skip to the step-by-step details to securing WordPress below.

Why are there so many WordPress updates?

First, a bit of background.  If you log into your WordPress dashboard often, you’ve noticed that releases are frequent. There were just two new WordPress versions released in 2017.  But there were a whopping ninety-five updates released. (These releases were for all currently maintained versions!)

There’s a good reason for all these updates.  WordPress is a popular target for hackers (see Fact 3 on this page).  They are always looking for - and finding - new problems in the software. They can then exploit these security cracks to gain access to WordPress websites. 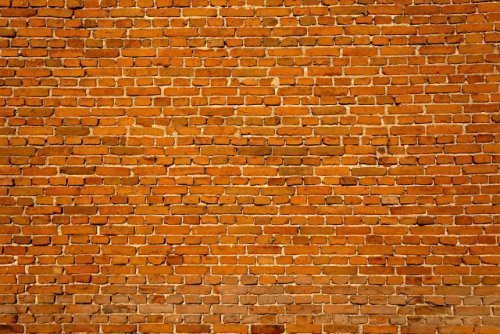 Photo by Namroud Gorguis on Unsplash

Because of this, the WordPress development team are continuously repairing any problems found.  Hence the large number of updates they release.  Take a quick look at the changelog for each release (e.g. here, here and here). You'll notice the vast majority of updates deal with security problems found in earlier versions of WordPress.

Each of these updates is designed to make WordPress more secure; each one is another brick in the wall keeping out the intruders.

Why WordPress is popular for hackers

There is one big reason for WordPress being the most hacked website platform in the world right now. It’s popularity. There are around 80 million published sites on the internet.  An estimated 30% of these run on WordPress. That’s 23 million sites for WordPress hackers to mess with!

The second reason for its popularity with hackers is WordPress’s ease of use.

Today, anyone with very little technical knowledge can build and run a WordPress website. As a result, many of these WordPress sites aren't maintained properly. Their owners don't know the steps they should be taking to make WordPress more secure.

So, the main reasons WordPress is the most attacked website platform are

I’m often asked “why would hackers be interested in my little site?”

There are several answers I usually give to this:

Granted, there is increasing awareness surrounding cyber threats. But it's evident that the motivations driving online crime go far beyond financial gain.  They can include political, ideological or even I-just-want-to-break-something reasons.

These are not mischievous minors using your website for harmless pranks.  There's no need to panic, but take the threats they pose to your website seriously.

So, what’s a bewildered site owner to do?  Well, here’s the very first thing you need to do.

2. Go to Updates at the top of the menu on the left. https://<yourwebsite.tld>/wp-admin/update-core.php 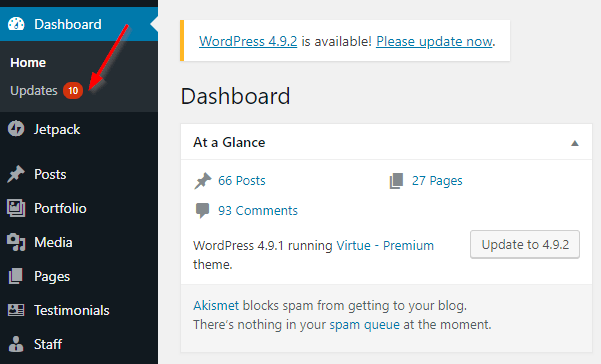 All the updates available for your site are listed here. 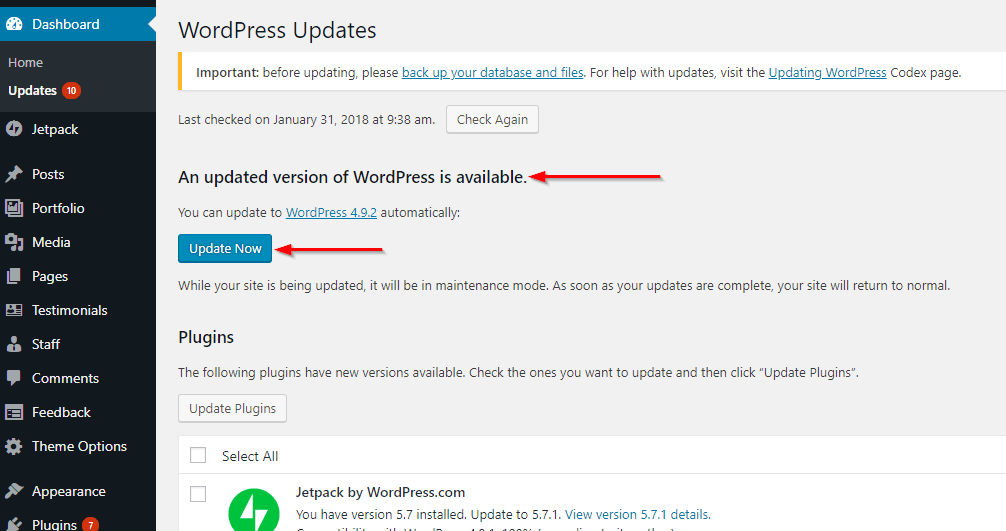 3. Update WordPress to the latest version by clicking Update Now.

Strictly speaking, this is the second step.

The first step before ever working on your site is to take a backup.  But you knew that already.  I've removed it from the sequence of steps you should take here because

As usual when dealing with any technology, there are some things to watch out for

Now you know the single best thing you can do right now to make your WordPress website more secure.  Trust me, your site is now much less likely to be hacked and defaced by an automated program.

Next, why not make your site even more secure by following the tips in this article:

Take just half an hour and a few easy steps to making your WordPress website more secure.

How to minify WordPress HTML, CSS and javascript

Get My Detailed CASE STUDY:

"How to Increase Conversions by 300%"

Enter your email below to get my case study for free:

100% Privacy Guarantee. Your email address is safe with me